Following our report earlier today detailing what seemed to be a partly assembled next-gen iPhone, a new report from MacTrast provides additional information, and seems to confirm that the parts are from an iPhone 4S. 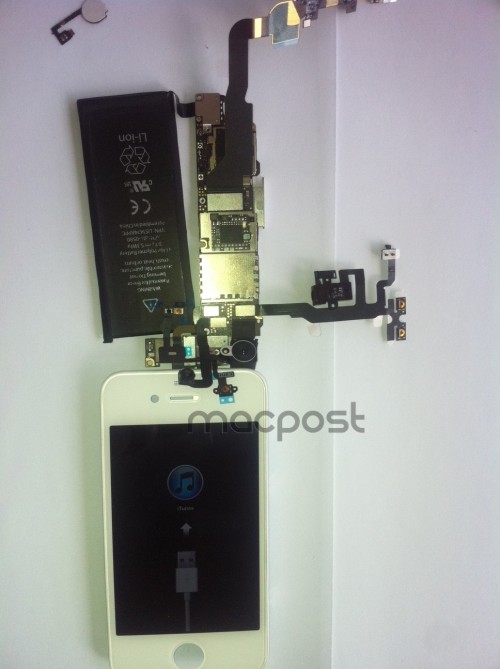 The above photo reflects the opposite side of the partial device we reported on earlier, revealing an iPhone 4-like design, and even revealing the screen powered on, showing the “connect to iTunes” activation screen.

The photo also clears up concerns with the battery revealed in our earlier report, showing it to still be a 3.7 V battery with 1430mAh of juice, compared to the current iPhone 4’s 1420mAh battery. The 4.2 V figure from the original photo referred to a maximum charge voltage.

It’s still very possible that these photos simply reflect a prototype iPhone 4 rather than a future iPhone 4S, so keep in mind that this report is far from definitive.

It’s like that Apple will be releasing a significantly redesigned iPhone 5 to be released around the same time as this iPhone 4S, as many rumors have indicated, with the most recent rumor having surfaced earlier today through JP Morgan analyst Mark Moskowitz.