Having been announced just 6 weeks ago, the insanely cheap $199 Kindle Fire is now nearly here. But Apple isn’t worried, reports Business Insider, believing that the tablet could actually help them by causing continued Android fragmentation. 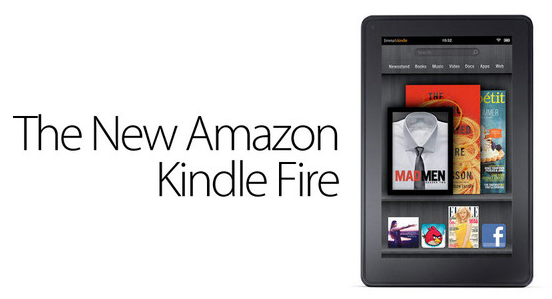 The report shares a research note from Barclays analyst Ben Reitzes, who recently spoke with Apple CEO Tim Cook and CFO Peter Oppenheimer in a meeting, during which Amazon’s upcoming tablet was discussed.

Interestingly, Apple actually welcomes the release of the Kindle Fire, believing that it will further fragment Android, causing frustration for end users. The Kindle Fire runs a heavily modified (and limited) version of Android designed to integrate better with Amazon’s offerings.

While the pricing at $199 looks disruptive for what seems to be the iPad’s most important rising challenge, the Amazon Fire – it is important to note that it could fuel further fragmentation in the tablet market—given it represents yet another platform. While compatible with Android, the Apps work with Amazon products. The more fragmentation, the better, says Apple, since that could drive more consumers to the stable Apple platform. We believe that Apple will get more aggressive on price with the iPad eventually but not compromise the product quality and experience.

Reitzes also notes that he believes Apple will lower pricing on the iPad eventually, but will not compromise on quality of the user experience just to match competitor’s pricing. Amazon is said to be taking a loss on Kindle Fire sales just to attract customers to their platform and ecosystem.