An “inside source” says Google is negotiating to acquire messaging app “WhatsApp” in what could be a deal worth upwards of $1 billion dollars. 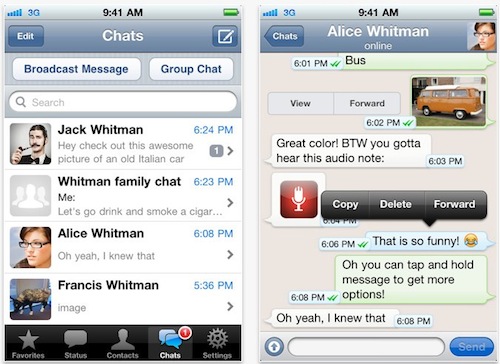 While the deal started four or five weeks ago, we’ve been told that WhatsApp is “playing hardball” and jockeying for a higher acquisition price, which currently is “close to” $1 billion right now.

Rumors state that Google Babel will combine Google’s varied communication services under one umbrella, but the platform has yet to do anything innovative in the space. Google has yet to answer smaller competitors, and even Facebook in the mobile messaging market.

Acquiring a standout app such as WhatsApp would help Google be taken a little more seriously in the mobile messaging space.

WhatsApp has been extremely successful since its release. The service counts tens of millions of users on the Android, iOS, Windows Phone, and BlackBerry platforms. The service reported 18 billion messages transmitted on New Years Eve 2012.

WhatsApp doesn’t make money from the usual advertiser supported revenue stream, instead pulling in revenues from a yearly subscription fee of $1. iPhone users pay the buck up front when they download the app, (At the time of this article, WhatsApp is #1 on the App Stores list of paid apps), while users on other platforms can download and use the app for free for the first year, when they are then offered the option to continue to use the service by paying the $1 yearly fee.

While no official tally has been released as to the apps revenue, Digital Trends source says WhatsApp may bring in somewhere around $100 million in yearly revenue.

WhatsApp is available for $0.99 in the App Store. [DIRECT LINK]