Apple’s BeatsX earphones will launch this Friday, February 10. The date was announced this morning via the Beats by Dre Twitter account. 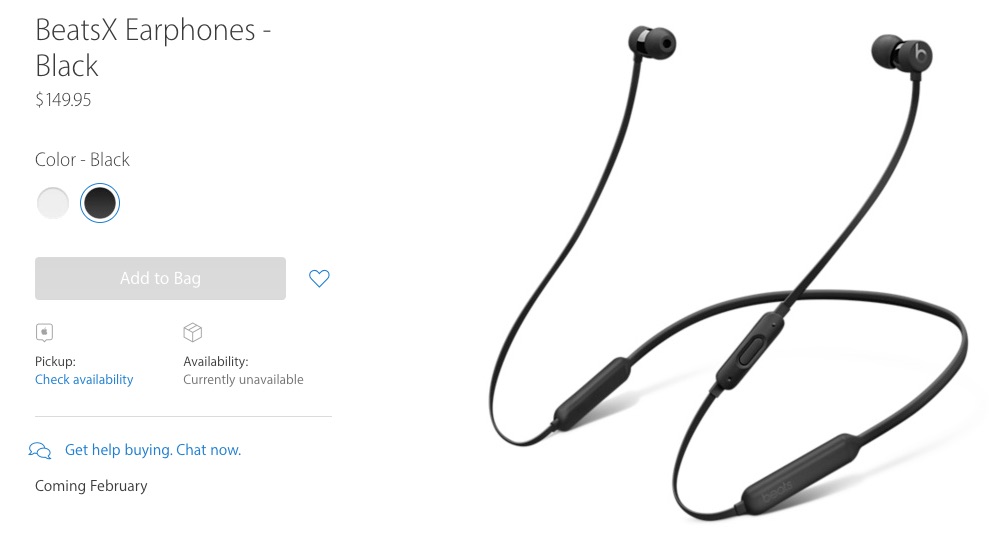 BeatsX release rumors were floating around the net on Monday, as increased activity for the earphones was seen online at the Apple and Best Buy websites. Apple had updated its BeatsX listing in December, indicating a “February” launch timeframe, but today is the first solid announcement for the release of the earbuds.

In related news, CNET has reported that two additional colors of BeatsX are coming after the earbud’s launch: gray and blue. On Friday, users will be offered a choice limited to white or black.

BeatsX are powered by Apple’s custom W1 chip, which allows iPhone users to quickly and easily connect the earbuds to their device, simply by powering them on and holding them near an iPhone. While Apple’s AirPods also boast the same connectivity, they are completely wireless, while the BeatsX earpods are connected to each other by a flex-form cable.