Reports coming from ModMyI tells us that an employee of Toys R’ Us has been sneaking out information about a possible iPad 2 launch at the toy store.

And there’s photographic evidence to back up the claim. Obtained during an employee training session, the pic clearly illustrates the iPad 2 presented in some form of employee training and testing process – something that would naturally take place shortly before a new product launch.

If the iPad 2 actually will be another product in the Toys R’ Us’s repertoar, it will expand Apples retail sector selling iPad 2 to five retailers in the US (Target, Best Buy, Wal-Mart, Apple Stores and now Toys R’ Us), giving Apple’s consumers a wide range of alternatives to get their hands on the second generation iPad.

And since the wait for getting an iPad 2 online has shrunk to 2-3 weeks I doubt there will be lines outside Apple Stores around the world for many more days. Or are you still desperately waiting for your iPad 2? Tell us in the comments. 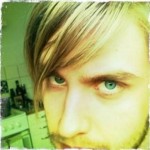 Jakob is the Swedish, blonde, handsome writer at MacTrast. He is based in Southampton, UK, and has been an Apple fanboy ever since his brother introduced him to the third generation iPod in 2003. He owns more Apple products than he can name and is a hardcore Bruins fan. Follow him on Twitter – @Raekob.