HP’s European boss Eric Cador appears to have forgotten to take his medicine, and has giddily proclaimed that the forthcoming TouchPad will eventually overtake the iPad, and become the one tablet to rule them all. 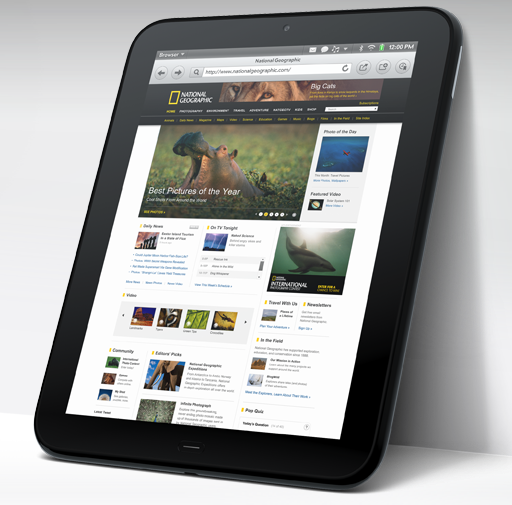 HP has previously stated that it aims to ship over 100 million webOS devices. He went so far as to suggest HP could be the leader by a wide margin, ousting Apple’s iPad from the market:

In the PC world, with fewer ways of differentiating HP’s products from our competitors, we became number one,” Cador said. “In the tablet world we’re going to become better than number one. We call it number one plus.

The TouchPad, which runs webOS 3.0, has been widely praised by critics as being intuitive. However, it will enter a market dominated by Apple’s iOS and then Google’s Android in the tablet space. It will also be competing with RIM’s BlackBerry Tablet OS on the PlayBook and even the MeeGo OS.

The press conference also made a particular point of highlighting the early support that HP has gotten from developers, and also pointed out how easy it is for developers to port their apps over to the webOS platform. Premium app launch partners for the TouchPad’s European launch include Last.fm, Sky and the Guardian. HP also claimed that these apps will be joined by “thousands” more on launch.

HP also plans to offer the best of both worlds with its TouchPad, claiming that it will appeal equally to consumers and to enterprise. To this extent, Cador added that there is “only one company plays in both the consumer and business and world.” Apple has been making deep inroads into enterprise with the iPad 2, as 75 percent of the Fortune 500 has been testing or using it, but HP is hoping that its familiarity among Windows-heavy corporations will give it an edge.

My take? The TouchPad might be impressive enough, and might be simple and intuitive to use… but the interface, hardware support, and continued developer support are going to be key if its even going to make a dent in the market.

Could it overtake the iPad? Anything is possible. Is it likely? Absolutely not. If the TouchPad is a remarkable and revolutionary device, I certainly hope that it will be successful on the market (and teach everyone else a thing or two), but consumers will ultimately decide in the end.