Photo manipulation or presentation in albums is never something I have really got into on my iPad, as I tend to do everything on my iMac with the larger screen and easier manipulation, it just made more sense. Therefore I was rather curious when asked to review Album App (App being part of the title) on what to make of it or do with it.

Album App is available for download from the App Store for $3.99.

Album App is a tool where you can create 25 albums (presently) using pictures stored in your iPad Photo Library. It has several themes and options of which you can customise your albums to look fun, classy, modern or anything else you like within the confines of what is provided. A good feature here is you do not have to have one theme per album. When you create an album you add pages to it by simply pressing one button and you can either carry on the theme, or select a new theme and background. So you are not limited to one style of background or theme per album. When you scroll between pages of your album you get a nice smooth scrolling page animation. 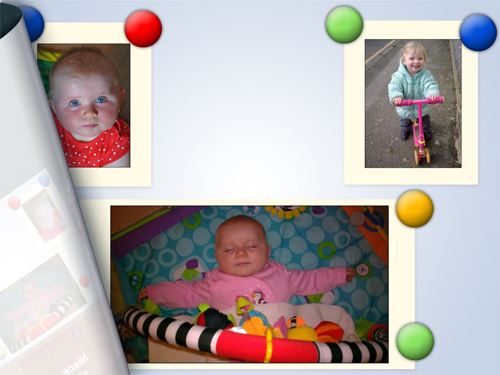 You can select borders for your pictures, which are dictated by the theme you have chosen. But again, you are not limited by this. If you have a background from the “Fun” theme you can still choose borders from the “Modern” theme. You can add other items on your pictures like ribbons, tags and a whole host of options, again they are all different depending on theme. 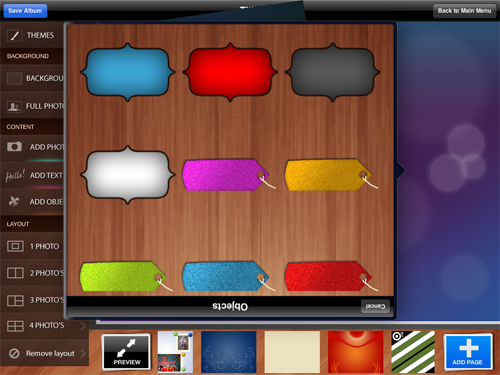 One of the major selling points of Album App is it lets you import photos from your Facebook or Flickr albums which is rather nice. This however I was a little confused by as it didn’t do what I expected. I expected it to import the pictures from the two social networks directly into Album App. This is not the case. Dreamix explained to me this was never the intention and that it actually imports from Facebook and Flickr into your iPad Photo Library. From there you then add them into Album App. At first I thought it seemed a little misleading, but then when I thought of Album App and what it should be used for, there is no way it could directly place pictures into your albums because Album App is all about customization and presenting things your way. 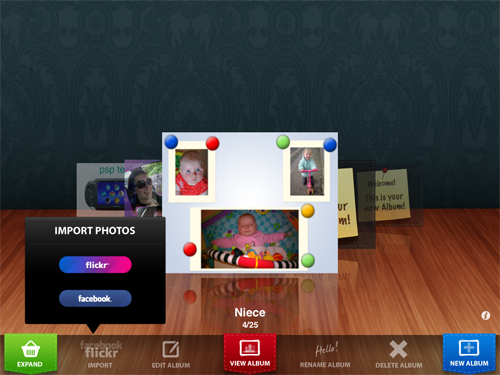 There are preset templates which you can use where by it can split the pages into sections and you place your pictures into those sections, or you can do what I prefer which is to have a blank page and fill it as you see fit. When you have selected the picture from your photo library it automatically enters a cropping window with options of displaying it in various formats like 16:9 or 4:3 and of course you can crop just part of a photo if you wish.

You can rotate, overlap, bring to front and send to back like any photo editing options these days but what is best of all is the simplicity of operation. Within about half an hour of using Album App I was fully aware of everything I could do with it which is not saying there isn’t much to Album App, but testament to it’s ease of use which is what you want for iPad playing. 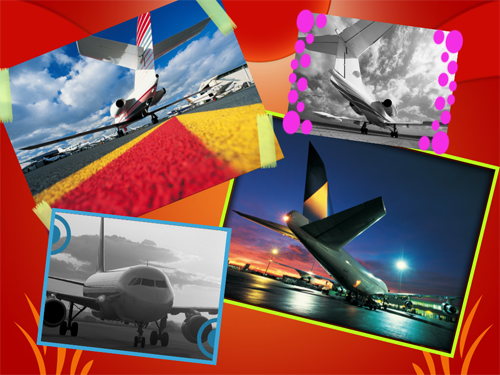 Dreamix Studio are obviously very focused and progressive with this app because in the short period I have had Album App, they have already made several improvements and refinements including creating Album App Mini for iPhone which is with Apple for review as I type. Just before publishing this review they also notified me that they are putting out a demo for you to try, Album App Lite.

So who is this app aimed at? Looking at the themes and objects contained within Album App it is evident it is not going for the high level photographer market, but more the younger generation. Having the Facebook and Flickr components adds to this conclusion which is a good thing, because considering some of the youth of today take that many pictures of each other, anything and everything then posting them on Facebook, this is something perfect for them. But I will not pigeon hole Album App, after all I am hardly young anymore and although I am no David Bailey, I do like a good snap and I find this Album App fitting use for a person like myself. Therefore if you are someone who loves playing around with your photos and creating albums and effects, this is right up your street so go and buy it. However if you are of the persuasion that you never really bother with this sort of thing, then give Album App a go – you may be pleasantly surprised.