Love experimenting with pre-release web browsers? Not to be outdone by Google and its Chrome Canary, Opera has released a “feature preview” type release called Opera Next. 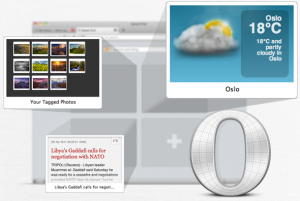 The release will showcase possible upcoming features in Opera, and like Chrome Canary, it can also be run right alongside the stable release, and the two can be kept in sync if you set up Opera Link on both releases.

As with all pre-release software, I wouldn’t advise you to start using this or Chrome Canary as your main browser, as they’re likely still quite buggy and ridden with frustrations and difficulties for most users. If you want to feel like you’re “part of the process”, however, feel free to give it a spon!

Opera Next for OS X (Hey, that rhymes!) can be downloaded here.