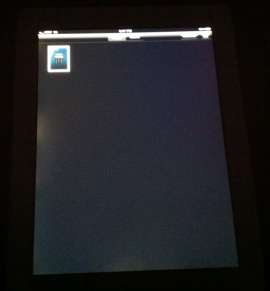 You know that leaking backlight issue on iPad 2? It looks like LG Electronics is to blame. As a result, Apple has switched to Samsung for its supply of touchscreen panels.

LG only shipped 3.2 million units in the quarter, as there was a light leakage problem with panels produced at the company’s sixth-generation production lines. Sources told the Taiwanese publication that LG has addressed issues with light leakage, and “shipment momentum” is expected to return to the company in the second quarter.

This shift in suppliers is likely a contributor to Apple’s “mother of all backlogs” as they struggled to keep up with insatiable iPad demand. Apple shipped only 4.69 million iPads last quarter, a big drop from the 7.33 million shipped during the previous 2010 holiday quarter.