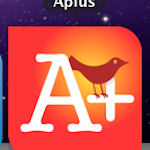 Ashton Kutcher today released his A+ App to the World. Kutcher teamed up with Ubermedia, the makers of UberSocial & Echofon Twitter clients, to launch A+.

The result is a desktop client that aims to make “social surfing easier”. It combines a browser with your social streams and  consumes tweets & news within the same window, meaning you don’t have to leave the app in order to experience the social web. 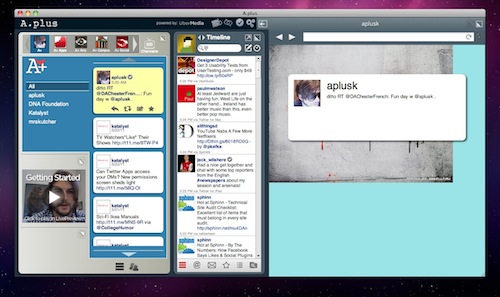 A built in menu appears in the left that features a number of strangely named channels called A+ “Something”, in the middle column sits your Twitter feed and in the right column a browser.

Visually, it’s a complete mess. It’s like an ugly child that only its father could love. The app seems to be a very ego centric play by Kutcher and is more than likely a reflection of probably how Ashton Kutcher thinks the internet and social media should work rather than actually provide anybody else with any worthwhile uses.

A+ looks like a mashup between Ashton Kutcher focused news, your Twitter stream, and a web browser. In its current incarnation, it simply doesn’t work.

Check out the below video to watch Ashton talk about A+ (you need to click through to view). 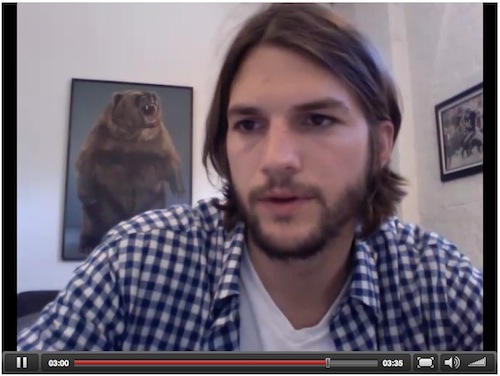 A+ is an Adobe Air app meaning it can run on Mac & Windows. The app is also free to use.

Maybe I’m a being a bit too critical since it is an early release but it will require a lot of improvement in order to be of use to the wider public.