Sean Kovack’s Google Voice app, GV Mobile+, widely recognized as the first, or “original” Google Voice app for iOS, has now come to the iPad, allowing you to make Google Voice calls from the iPad (if you have a utility like Gizmo installed), as well as manage your Google Voice account. 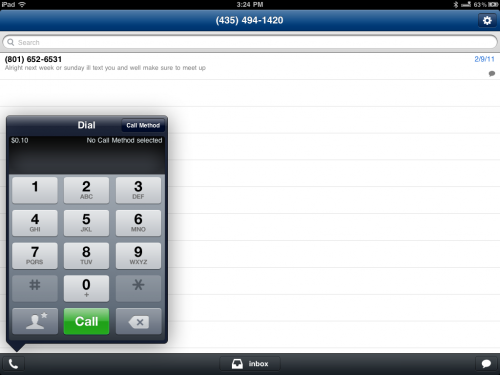 Sean Kovack’s “original” Google Voice app, GV Mobile+ has now been ported to the iPad which will allow you to make calls using VoIP applications like Skype on the device or originate calls that will end up on landlines or cell phones.

The app ($2.99, App Store Link) also fixes some bugs on the iPhone version, although the iPad version of the interface doesn’t seem perfectly polished as yet.