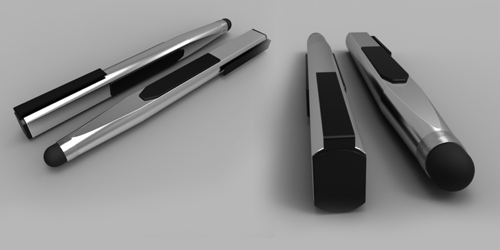 A few weeks ago, I wrote about Maglus, the magnetic stylus for iPad that sticks to the Smart Cover and spine of the iPad 2. Apparently some people – all over the WORLD – are interested in this sort of thing because the story was quickly picked up by Cult of Mac, WIRED, a Spanish-language Apple blog and beyond.

Since then, I have had a chance to chat with Andy Shaw and Noel Joyce, the creators, in person and test an early prototype Maglus that was shrouded in plastic, in secretive Apple-style. Subsequently, they released renderings based on the prototype I saw a few weeks ago. We had a chat and spoke about their development process and working with Fund it, the Kickstarter-style crowd funding site for Irish startups and creatives.

From my interview with Fund it:

They were initially going to submit the project to Kickstarter, but lacked a US bank account. Fortunately, the timing was perfect for Noel and Andy. Just as Maglus was taking shape, Fund it, an Irish organization through and through, launched and they became one of the first and biggest projects on the site. 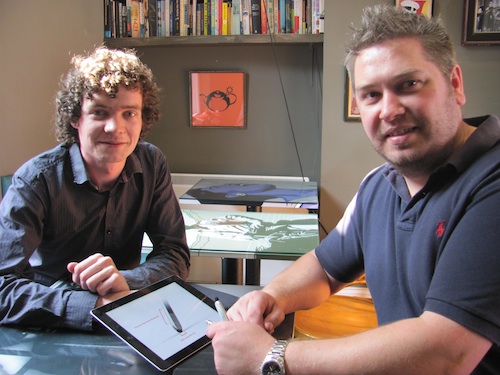 The improved look and feel of Maglus

The pair have been keen to reach out to their supporters for feedback in order to improve upon the design. They have modified the original concept slightly by giving it more of a taper at the tip. Made of aircraft-grade aluminum, the stylus felt very comfortable to hold and had a nice solid weightiness, not too heavy or cumbersome. It also connected magically, just like the Smart Cover, to the iPad’s spine as well or the Smart Cover itself. When the Smart Cover is folded up in the triangular position, the Maglus is tucked away nicely inside.

Andy and Noel hope to be able to retain a manufacturer in Ireland, making the entire project an Irish affair with worldwide financing from Fund it supporters. In the next few days, I hope to be able to test a pre-production model.

It has been a joy to watch Noel and Andy start with an idea and help spread their startup’s story around the world. If you’d like to help make their idea a reality, go to Fund it and get one of the very first Maglus styli for a pledge of €15 ($22) which includes worldwide shipping. Later, the Maglus will retail for €25 ($36), so it’s a bargain to pledge your support today.

Thanks to Wall & Keogh for providing our meeting space and the lovely tea.