MacRumors is reporting that the iPhone 3GS might not be supported by the upcoming iOS 5.0 update. This move is not unprecedented – the iPhone 3G and original iPhone were left out of the 4.0 software update as well. 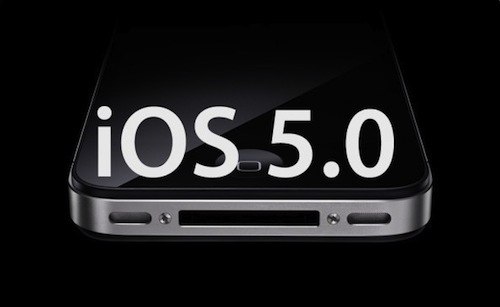 Of course, this is what happens in the technology world – phones, especially smartphones, just don’t last more than 1-2 years of life in the real world, at least as far as the market and product support are concerned.

According to a tweet from the editor-in-chief of a Russian mobile phone blog, the iPhone 3GS won’t be able to handle iOS 5 and will be orphaned like the two generations of handsets before it.

“Just one comment. Apple iPhone 3Gs wont be upgradable to iOS 5.x. iPhone 4 will,” proclaimed Mobile-Review editor-in-chief Eldar Murtazin via Twitter, in a story soon picked up by MacStories and others.

If true, the move shouldn’t be too surprising — Apple famously removed a few of the cooler features of iOS 4 for iPhone 3G owners and left those with the original iPhone completely in the dust on iOS 3.1.3. Cupertino finally gave up on supporting the iPhone 3G any further with iOS 4.3, the first version to unify the iPad with its smaller compatriots, leaving the 3G device forevermore at iOS 4.2.1.

It’s been widely rumored that Apple will come packing some beefier hardware in the next iPhone, including the A5 processor introduced with the iPad 2. That could explain why the iPhone 3GS won’t get iOS 5, since the current iPhone 4 will then be the cheaper, previous-generation model.

I, for one, would be shocked if the iPhone 3GS did get the iOS 5.0 upgrade. Your thoughts? Sound off in the comments.