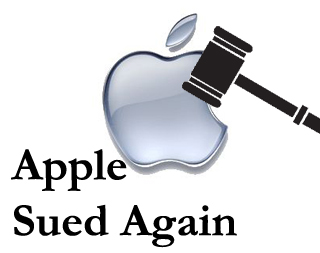 It seems Apple is just another in a long line of companies Linex is suing for violating its wireless communications patents. Apple is not alone in this episode as Linex also seeks the same action against HP, Aruba Networks, Meru Networks and Ruckus Wireless. Linex have complained to the US International Trade Commission where it has asked for the import of the offending items to be banned.

These products would include Apple’s MacBook, MacBook Air, MacBook Pro, Airport Extreme and Time Capsule. Not to mention HP’s Pavillion and Envy laptops too.

Linex has also filed a lawsuit in the US Districy Court in the District of Delaware against the same companies. They are asking for damages for the violation of this particular patent.

The patents relate to coding and space diversity but there is also a patent invention for a spread-spectrum antenna and method which uses multiple transmitter antennas and multiple receiving antennas to make signals a little more reliable.