Although there have been rumors that Minecraft might come to iOS for some time, today Gamasutra broke the news making it official, although the Sony Xperia will apparently get the first shot at the new game before iOS is addressed. 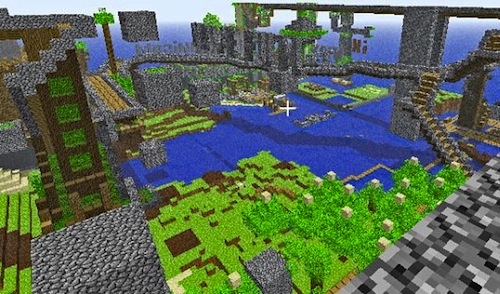 Minecraft originally debuted in 2009 as a Java game and allowed players to build worlds out of colorful cubes. While most traditional video games have invisible walls or visible barriers that restrict where players can go, Minecraft is a sandbox game where players can roam anywhere in the game’s world.

The version released with the Sony Xperia will have controls designed to work with that handsets physical joysticks, but future versions for Android and iOS will only allow control via touchscreen. There’s no word on how similar this will be to the desktop version, but Gamasutra reports that a Mojang employee said that, “When playing on smartphones you will have a different screen size compared to PC, different hardware, different attention spans, and thus the game needs to be customized to fit the mobile specifications.”

Currently there is no pricing available for the game and no firm release dates, although Mojang is expected to reveal more details at E3 in June.