According to a report from 9to5Mac, analysts are making some interesting claims, some of which we have heard before, about the next iPhone. Claims include the inclusion of an 8MP Sony camera, a Qualcomm GSM/CDMA “world phone” chip, and a release sometime in Q3 of this year. 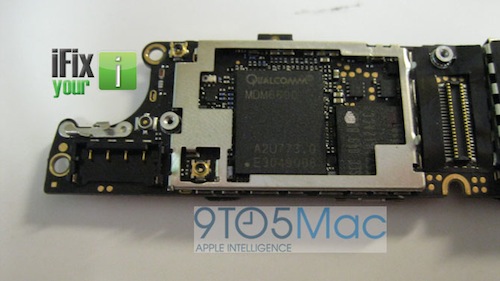 FBR Capital Markets has made a statement re-affirming a number of popular rumors in the blogosphere:

Apple’s iPhone 5 will be manufactured in the third quarter, hinting at a possible launch of a new version of the iconic smartphone later this year, a financial analyst firm said Tuesday. The iPhone 5 will include an 8-megapixel camera and a single baseband chip that will work on both GSM and CDMA networks.

Also, don’t forget Howard Stringer (Sony’s CEO) and his slip from earlier this year about the 8MP Sony camera:

The iPhone 5 will use an 8-megapixel CMOS sensor from OmniVision, with Sony being a possible backup sensor supplier next year, FBR said in the research note.FBR also expects Apple to move away from Intel as a possible baseband supplier, instead buying integrated CDMA-GSM communication chips from Qualcomm. ”Our contacts have confirmed to us that Qualcomm is replacing Intel as the baseband supplier, selling an integrated CDMA/WCDMA baseband.”

Also notable is the Gobi GSM/CDMA chips that 9to5Mac and iFixYouri found in the Verizon iPhone – combine all this with more recent news of a 4″ retina display manufactured by Toshiba (presumably at Apple’s call), and we’re starting to have a fairly complete picture of what the iPhone 5 might be like.

Whatever the next iPhone ends up being like, we’ll know in a few months at the latest, so stay tuned!