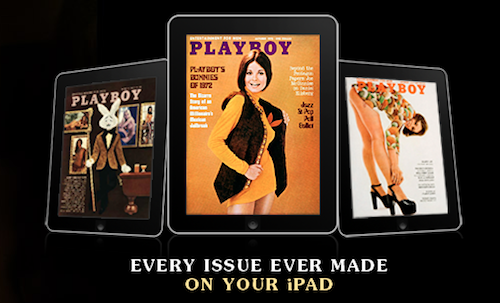 I’m sure Hugh Hefner is grinning ear to ear today as he approaches another viable market for his popular adult magazine. Subscriptions to the digital edition vary, costing as little as $7.24 month if you sign up for an entire year, or $17.95 if you only want to commit one month at a time. They also offer a 3-day trial for just a buck, but be careful, as they collect your payment details in advance, and you will be charged if you do not cancel.

There’s a video demo on the homepage that might be worth looking at, which shows how the site works on the iPad. They appear to have done an excellent job in their implementation, which is easy to navigate, and features great page scrolling. This is more than a mere website.

Are any of you planning on subscribing (we won’t judge, I promise)? Can you see this making a big difference for PlayBoy, and even influencing other magazines in the near future? Sound off in the comments!