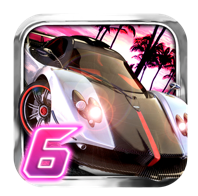 After playing the 6th installment of Gameloft’s arcade-style racing, I have concluded that Asphalt 6: Adrenaline is one of the nicest looking racing games on the App Store. I have played the iPhone and iPod version, but now that I’ve tried it in the Mac, I can’t put it down!

I thoroughly enjoyed the game on iOS, but I wanted to sit down and enjoy this game for a longer amount of time as I do with hardcore games. Since I played this game on iOS before the Mac, I only played it about 10 minutes at a time which would be similar to one race. Now that I’ve been playing it on Mac, I am really enjoying it on a whole new level.

Asphalt 6: Adrenaline ($6.99, App Store Link) has 42 bikes and cars to choose from, 3 from the start of the game. The 39 others have to be unlocked by buying the cars and earning stars. The game also gives you the opportunity to customize your car or bike with different decals or paint jobs.

This game has a lot to offer and gives you a bang for your buck. Besides the wide variety of cars and bikes to choose from, an immense 55-event career mode, 12 locations including L.A., Tokyo, The Bahamas, 8 event types, and 30 Gameloft trophies to collect, Asphalt 6: Adrenaline will keep you glued to the steering wheel for hours. 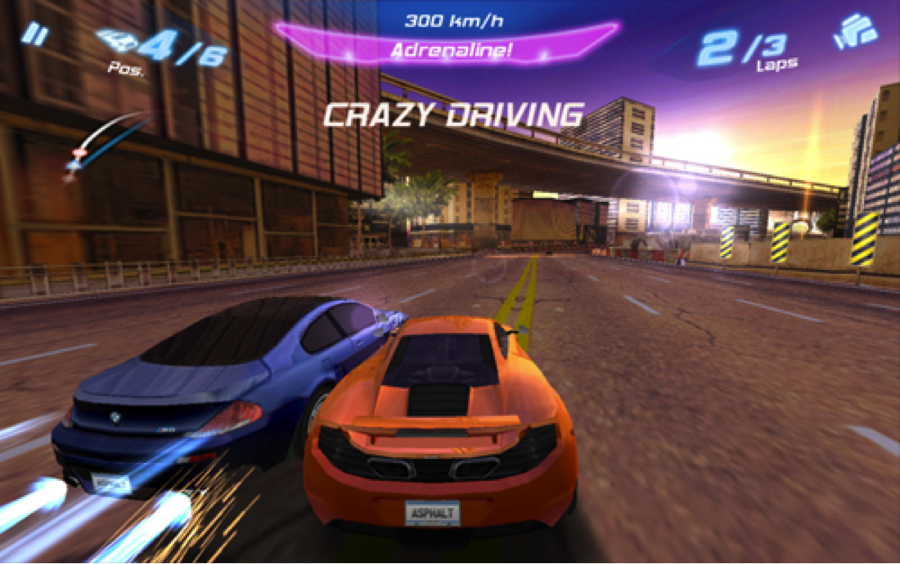 The gameplay is very smooth. On each track there are power boosts, cash, and nitro scattered throughout the tracks. Once you fill your boost, you’ ll reach “ adrenaline” which will make you go even faster – it’ s somewhat of an invincibility upgrade. The graphics are pretty good on the Mac, and slightly better than the iPhone version. Having said that, the cars don’ t look as realistic as they do on Real Racing 2, but this is an arcade style game and not a real racing sim.

One gripe that I have is during races, if you crash into another car or anywhere else on the track, you’ ll end up a few spots back when cars pass you up, it’ s pretty tough to come back and win the race. 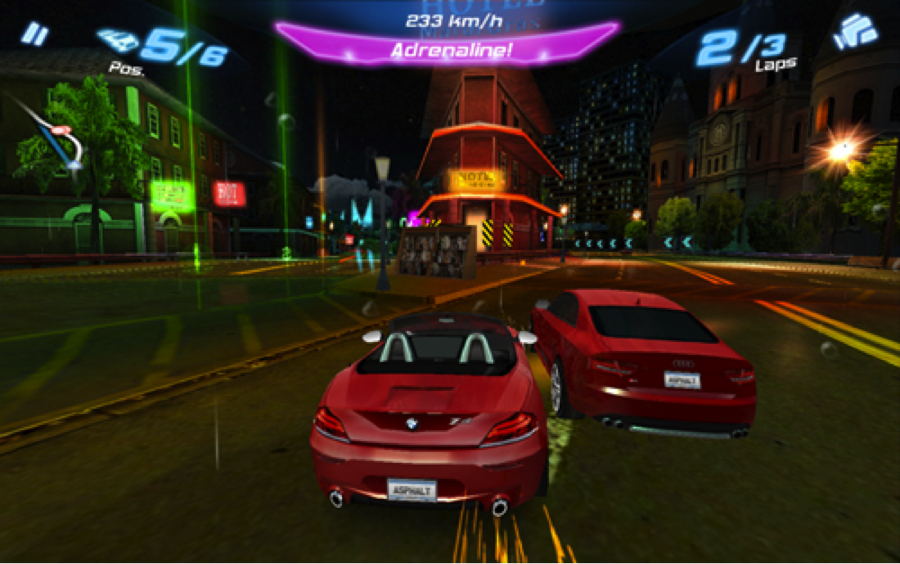 The tracks and the cities that you’ re racing in are detailed and look very crisp. The sound in the game is really clear. The soundtrack is nice and goes smoothly with the gameplay. Besides the in-game music, there are improvements in the voice-overs. The female voice during gameplay is fine to listen to. She does a good job with the reaction of the race and is right on time in a lot of situations, such as telling you someone is close to trailing you or when you almost crashed into a non racing car driving down the road. 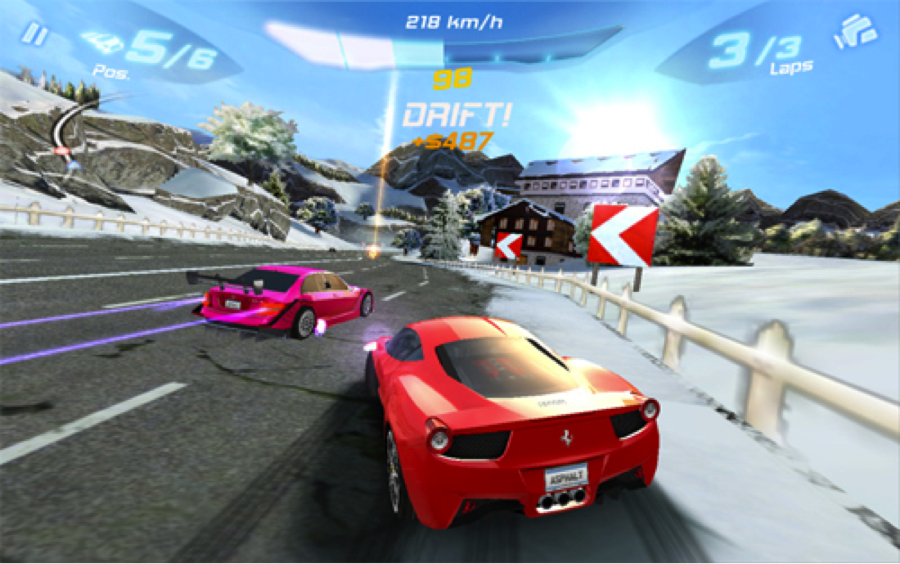 As far as the settings go, it’ s nothing special. You can’ t customize the controls. You can choose between the direction buttons on the keyboard; up to accelerate, left turns the car left, right turns the car right, and down is for the brake, which is where it got a little uncomfortable. While you’ re racing and accelerating you might accidentally push the “ down” button, which will of course slow you down. It would be nice if you could customize the steering buttons. You also use the space bar to boost. Although the directional buttons might be a problem at first, you can use a mouse if you prefer. Also, there’ s your standard camera views to choose from as in any racing game. 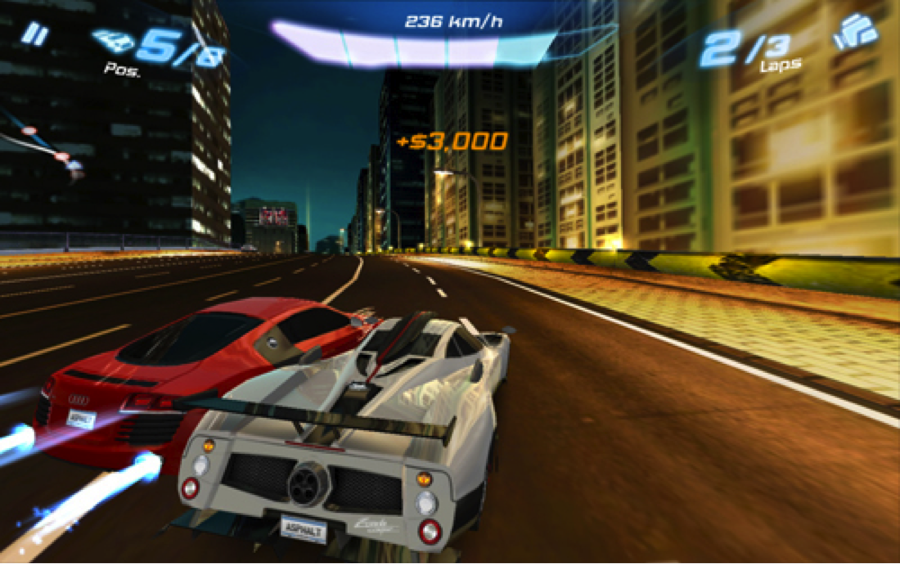 All in all, Asphalt 6: Adrenaline is a great racing game. You can play friends in online and local multiplayer mode with up to 6 players, which heightens the replay value. With a numerous amount of cars and bikes, improved graphics, and a massive amount of gameplay, you’ ll be enjoying this game for a while. With a price point of $6.99, you get a lot for a little. I highly recommend this game. Asphalt 6: Adrenaline may be the best racing game for Mac out there.