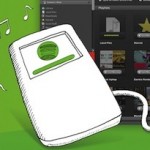 Spotify today announced an update to their service. The latest version of Spotify will allow you to sync tracks from Spotify to your mobile device – iPods, iPhones, Droids. And what’s more is that you don’t have to be a premium user to jump onboard. It’s open to one, it’s open to all.

You can now create playlists, and copy that playlist to your mobile device to take with you on the move. You can then playback the playlist over Wifi on your iDevice but if you want to take your playlist outside of your home you will need to purchase the tracks within the playlist if you’re on the free packages.

According to comments on the Spotify blog from members of the Spotify team, they will “be rolling this out over through an automatic update, gradually over the next few days.” to the Spotify desktop client.

Spotify, tell us some more… please..

You’ve been telling us how much you love discovering, sharing and talking about music in Spotify – and you’ve created well over 200 million playlists to prove it. But you’ve also said you’re listening to a huge amount of music on your iPods, and that getting your Spotify playlists onto them as MP3s has been a serious hassle, forcing you to juggle multiple music players. That’s until now…

As of today, Spotify is making it possible for everyone to take their playlists with them in one lean, green music machine.

When you connect your iDevice to your computer, it will appear within a new “devices” section within your Spotify sidebar. You can sync your playlists to your iDevice and listen back to your music while on the move.

Because of the changes, the Spotify mobile app is now available to all.

iPod integration was your biggest request, but there are also a lot of Spotify Free users out there who are iPhone and Android phone owners. You asked for the ability to buy your MP3 playlists and sync to your phones. So we’ve got you covered too…

I searched for the Spotify App in the App Store but it didn’t appear for me. It could be just because I’m based in Ireland and technically I should not have Spotify (but I do have the desktop client, ssssh!).