This may be old stuff for you, but it is still amazing. Some people just have to much time on their hands. By writing a code line in Terminal.app it will show you Star Wars Episode IV – A New Hope, in ASCII. 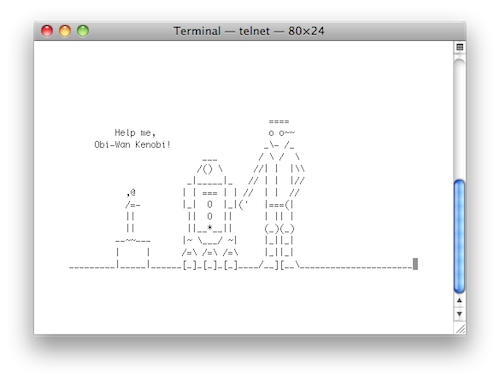 Simon Jansen, the genius behind this project, has animated the first Star Wars film frame-by-frame in ASCII code and put it on Telnet. This makes it possible for anyone with Terminal.app and an internet connection to watch it. Unfortunately, this project is still unfinished, and has been untouched for the last 3 years or so. Even if Simon Jansen would finish his project, it would probably take him another decade or two. This seems to be a time wasting hobby.

By typing “telnet towel.blinkenlights.nl” into Terminal.app and putting on the official soundtrack for A New Hope, you can give yourself an unique experience. If you have ten minutes to kill, please watch this masterpiece. I’ve done it twice now, and it got me in the mood for watching the actual movie. 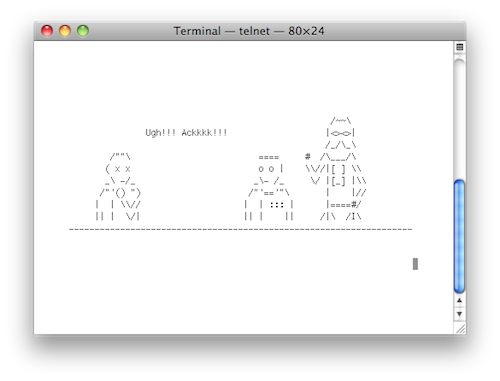