The new version of Terminal.app that will ship with Mac OS X 10.7 Lion might be getting an interesting facelift, introducing adjustable window blur behind transparency and full screen mode. 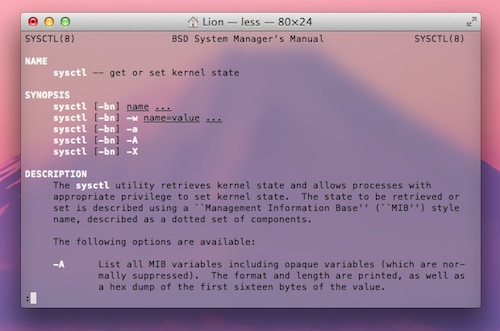 The ability to adjust the blur on transparent terminal windows is interesting, performed on the fly. There are several choices now available for how this works in the Terminal Inspector and appearance settings.

Full screen mode is also especially nice, and in this case is the result of a system-wide feature in Lion that allows you to run any app at all in full screen. The particular effect in Terminal, however, is great for eliminating distraction at the command line. 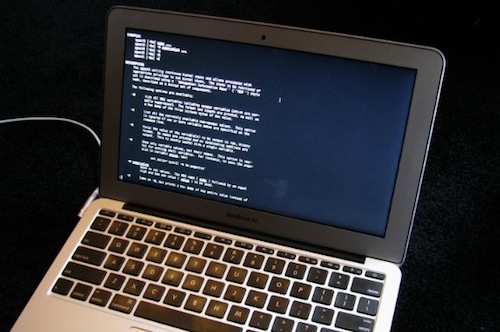 Full screen Terminal is made even more interesting when combined with some of the new multi-touch gestures; a four fingered sideways swipe on a touchpad will smoothly slide between full screen apps and desktops. This screen shot was captured in the middle of one of these transitions:

You can take this as subtle evidence that Apple is leaving no aspect of OS X unchecked in their upcoming major release of OS X.