Amazon has announced an update to their Cloud Drive online music service. The update will feature three improvements: storage plans (including plans for unlimited storage), free storage of Amazon-purchased MP3s, and perhaps most exciting, web-based support for the iPad! 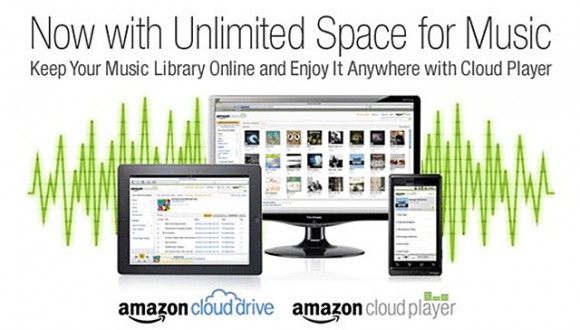 Unlike iTunes Match, which was announced at WWDC 2011, and will be available this fall for $25/year, any music not purchased through Amazon must be manually uploaded to Amazon’s servers for usage via the cloud.

Amazon’s Cloud Player plans start at $20 a month for 20GB of storage space, which might make iTunes Match a much, much better deal for most users (although neither iTunes Match nor iCloud actually offers streaming, which is also a factor to consider).

It seems like Amazon’s tactic here is to bolster their own cloud-based music service to make it as appealing as possible before Apple releases iCloud later this fall. One notable new addition is that now Amazon Cloud Player can host previously purchased Amazon tracks for free as well, and none of the Amazon-purchased music will count towards your storage limit.