Following the rather exciting news that Apple has just revealed that Lion will arrive tomorrow, an update has been issued for Snow Leopard’s Migration Assistant which addresses a potential issue when transferring data from Snow Leopard to Lion. 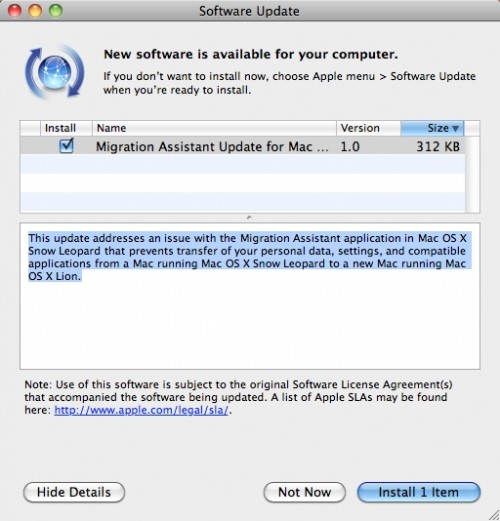 The update is extremely small, does not require a restart, and is available now via Software Update for Snow Leopard users running the latest 10.6.8 update.