Apple refreshed their MacBook Airs last week to include Thunderbolt, as well as new Intel Sandy Bridge processors. In addition, 128GB SSDs are now available on both 11-inch and 13-inch models. Unfortunately, to the dismay of some users, it appears that Apple is using older, slower previous-generation SSDs in some of the new MacBook Airs. 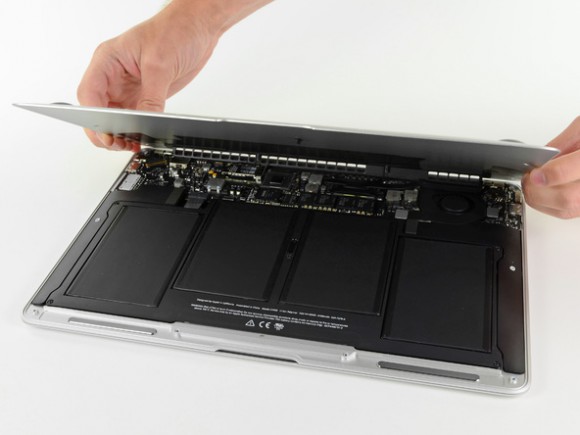 Some new benchmarks on the 2011 MacBook Airs have discovered a serious discrepancy in the SSD performance between certain of the new models. Further investigation has revealed that while many of the new models include newer Samsung SM128C SSDs, which hit 246 MB/s write and 264 MB/s read speeds, other models are equipped with older Toshiba TS128C models, which only perform at 156 MB/s and 208 MB/s.

Furthermore, Engadget followed up on the story with a similar series of tests, and achieved a similar result. From Engadget:

During our tests, the 256GB Samsung drive in our older [MacBook Air] model achieved 214 MB/s write and 251 MB/s read speeds, while the 128GB Toshiba drive in the new MacBook Air scored 184 MB/s and 203 MB/s during write and read tests, respectively.

If you suspect you may have gotten the slower and lower-performing SSD in your MacBook Air, you can verify your suspicion by following the directions in the below video:

The impact of this is not likely to be significant in most users’ day-to-day use of the MacBook Air, but I still find this discovery to be extremely interesting, and may represent a divide between the “higher end” MacBook Airs with faster processors and upgraded storage and the “lower end” stock models on the cheaper end of the scale.