LogMeIn might be one the most powerful remote desktop sharing tool available, and it’s just been updated to be compatible with OS X Lion. Additionally, their iOS app, LogMeIn Ignition ($29.99, App Store Link), which we reviewed earlier, has been updated to include a better file manager.

The company announced the updates on their blog this morning, and the updates are already available (you can update the Mac client in LogMeIn’s preferences), and I can confirm that you can now connect to Lion-based machines that are running the update. The below screenshot shows the improved file manager of LogMeIn Ignition running on the iPad: 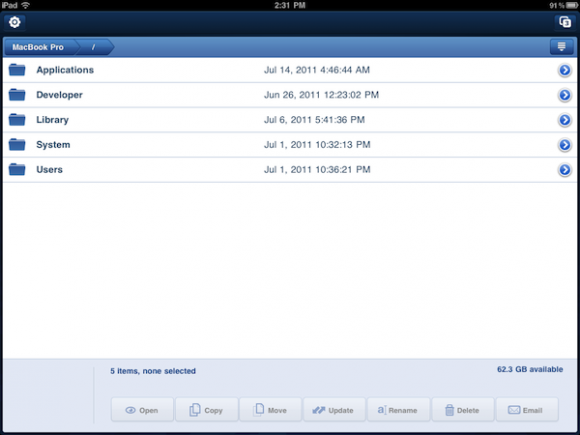 In addition, LogMeIn Ignition now allows users to copy photos between your iOS device and the file manager, so you can access photos on your computer from your iPad, and even add or remove photos from your iOS device’s camera roll. You can also now attach any file in the file manager to an outgoing email on iOS – an incredibly useful feature that I’ll use time and time again.