Following their announcement that they’ll be building 75 new Microsoft Stores over the next 3 years, new job listings have indicated that Microsoft may be preparing to open a retail store in McLean, Virginia, near Apple’s first ever Apple Retail Store in Tyson’s Corner. 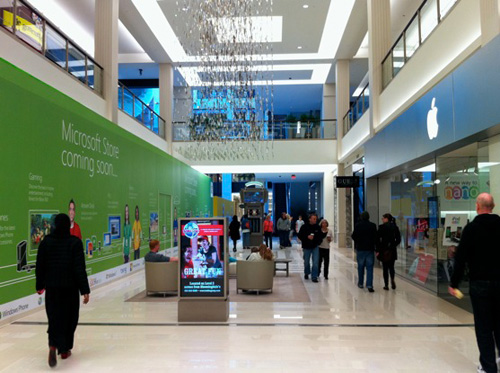 The report is based on the notion that new job listings have been requesting staff for a Microsoft store in McLean, Virginia. Microsoft has not outlined a specific location for the new store, but, as Electronista reports, they’re likely to try getting in to Tyson’s Corner, as close to Apple’s store as possible.

Microsoft’s long habit of trailing, shadowing, and even trying to mimic Apple is about to reach a symbolic high. Opening a Microsoft Store across from the very first Apple Retail Store is either a bold and brilliant move, or a recipe for failure. Personally, I side with the latter.