There are many new things in the OS X Lion Golden Master that Apple recently released to their developers – one interesting new piece is that they have replaced the intro video from Snow Leopard with a neat tutorial on how scrolling and Multi-Touch work in Lion. 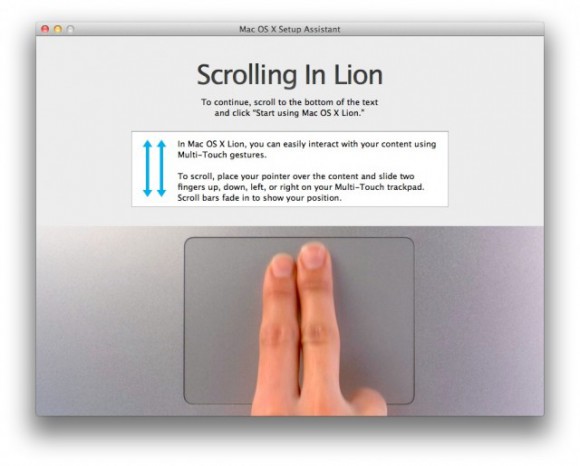 Lion enables sone brand new gestures, and changes the default scrolling method on your Mac. Since many people won’t know this right off the bat, the tutorial will come in handy for the vast majority of folks. And, just in case you miss the old intro video, go ahead and watch it below and let the nostalgia run thick!