Pixeet has just released a very interesting new product for the iPhone 4 – a new fisheye lens and companion iOS app that allows you to take full 360-degree panoramic photos on your iPhone! 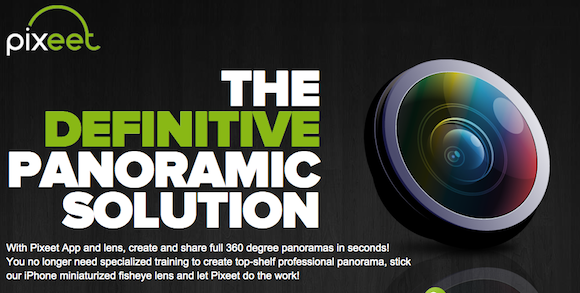 The new device works by taking a series of four separate photos with the iPhone’s camera, and then using image processing technology to combine them together into one seamless 360-degree image.

The unit only costs $49, and includes the lens, as well as an iPhone 4 case designed to hold it in place. It works by taking four photos with the iPhone’s camera, which are then stitched together with the app, creating that 360-degree panorama which your Facebook profile has (probably not) been crying out for. You can see several examples of the panoramas created, here.

The Pixeet 360 app is available immediately for iOS (Free, App Store Link), with an Android version apparently in the pipes, and the lens and case combo can be purchased for $50 over at Pixeet’s website.