These rumors about possible new carriers for the iPhone sure are heating up – this time, the rumor surrounds the possibility of Virgin Mobile US getting an iPhone this October, possibly on a pre-paid offering. 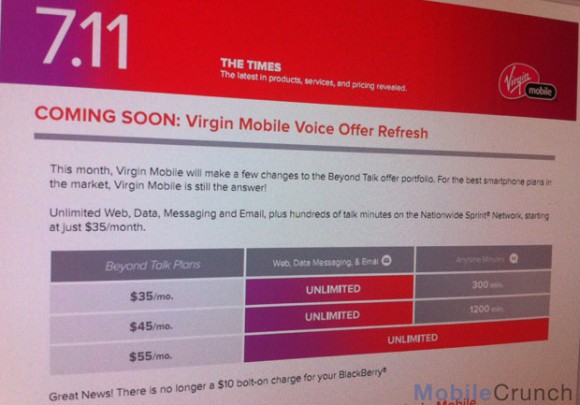 Time Cook, Apple’s COO, was perhaps the first to seriously suggest Apple pursuing a lower-priced iPhone, suggesting that they were hard at work figuring out how to make pre-paid plans work well for everyone, and adding that Apple products shouldn’t just be for the rich, but for everyone.

Today, Virgin Mobile announced that it was increasing its unlimited data plans to $35/month – a chance that is said to revolve around a major Android handset release. They are also reportedly changing their unlimited plans to allow for speed throttling when a user exceeds a certain amount of monthly data usage.

Could this be Virgin Mobile’s way of preparing their network for the impending release of a pre-paid iPhone? In my book, the data really just isn’t there to support this theory. Nevertheless, there’s always a chance, however slim, that this will actually occur.