It looks like Amazon may finally be preparing to released their fabled “iPad killer” – a 7-inch or 10-inch Kindle tablet running a watered-down version of Android, if rumors prove accurate, built atop Amazon’s superhero team of media stores, including the Amazon Appstore, Amazon On Demand, Kindle, and Amazon MP3. 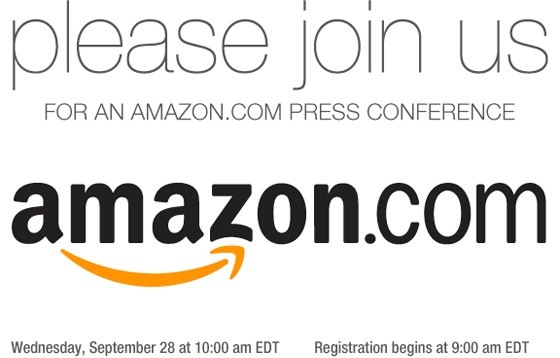 Amazon has announced a media event for September 28th, and new Kindle-branded tablets are very likely to be the topic of discussion. The tablet has been the source of a plethora of rumors, which have suggested anything from a 7″ tablet for $250 to a 10.1″ tablet for $300.

Amazon is expected to price the new tablet(s) aggressively to compete with the iPad, and is expected to actively market the new devices as personal media gadgets, capable of accessing and purchasing all manner of Amazon’s digital content.

I’ll be interested to see if this really is a viable competitor to the iPad, or just another cheap tablet doomed to fail. For $300, it’s unlikely that the hardware will be anything to talk about, so unless Amazon has a really impressive interface and media experience, the tablet may be doomed before it ever hits shelves. Only time will tell.