According to a strange report from go chengdoo, Apple is suing China-based food company Sichuan Fangguo Food Co., Ltd. for similarities between their logo and Apple’s own company logo. 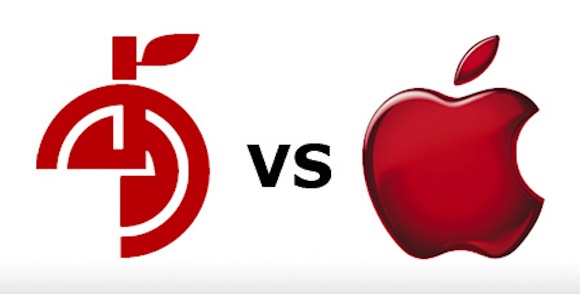 The above image shows the two logos side-by-side, and while the two logos do show some similarity, they also seem different enough that I really don’t see Apple’s claim having a great deal of strength. Nevertheless, Apple’s claim of trademark infringement will surely be investigated.

There’s a leaf so you can tell it’s an apple, but it also contains two Chinese characters. … The orientation is also different, and ours is a totally different shape…When I started Fangguo, I had never even heard of Apple.

What makes this story more significant, however, is that Fangguo recently filed to extend their trademark into new product categories, one of which included “notebook computers”, which makes the trademark infringement more relevant (and more interesting, considering that Fangguo is a food company).

Apple reportedly only requests that the company remove the “leaf” portion of the Logo to minimize the resemblance between their logo and Apple’s.