EA have released FIFA 12 on Mac. The popular footballing (and yes, it is football, not soccer) game is available to purchase from Game Tree Mac for $39.99.

FIFA 12 arrives on Mac OS X by way of a port from Cider – the same engine that recently brought Grant Theft Auto: San Andreas to Mac.

Chosen Best Sports Game by E3 Game Critics, FIFA Soccer 12 brings to the pitch the game-changing new Player Impact Engine, a physics engine built to deliver real-world physicality in every interaction on the pitch. Revolutionary gameplay innovations inspired by the real-world game make FIFA Soccer 12 deeper and more engaging. All-new Precision Dribbling creates a higher fidelity of touch on the ball for better control in tight spaces, more time to make decisions on attack, and more control over the pace of the game. Innovations in attack are balanced by a re-designed defending mechanism called Tactical Defending, which fundamentally changes the approach to defending by placing equal importance on positioning, intercepting passes and tackling. Plus, CPU players have been infused with Pro Player Intelligence, the next generation of player intelligence and performance.

The minimum spec for FIFA 12 on Mac requires Snow Leopard (and up), an Intel Core 2 Duo processor, 4GB of RAM, and  ATI HD2600 or NVIDIA GeForce 9400M or greater with 256 MB of Video RAM. The download comes in at just under 7GB in size.

One missing feature from the game is the ability to customize the hairstyle of Wayne Rooney. Such a shame. 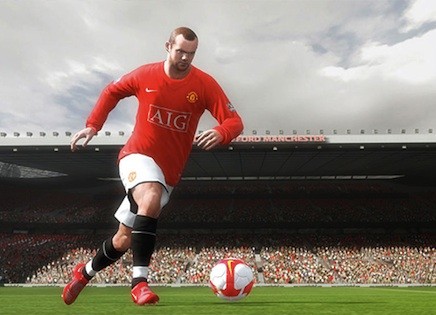 I just wonder how many Mac owners do not own a PS3 or an Xbox, and whether they would consider purchasing a console game for OS X? I know I wouldn’t even dream of it.

I’ll be picking up FIFA 12 and kicking ass with Arsenal on my PS3!