Microsoft gave us a sneak peak into it’s brand new operating system, Windows 8 today. They showed us a bunch of really cool stuff that’s sure to make the competition step up a notch. In terms of performance and stability, Apple have been leading the OS race for a while now, so is it time for a new look on the ‘modern operating system?’ We’re going to be taking a look at some of the new features that is hopefully going to change the computing experience.

One of the most obvious new features is the redesigned lock screen. Every OS has a lock screen, it’s nothing particularly fascinating. However, Microsoft has created an immersive lock screen complete with widgets showing things from a calendar to what the weather is at the moment. It’s very reminiscent of some of the awesome jailbroken lock screens on the iPhone and iPad such as the one here: 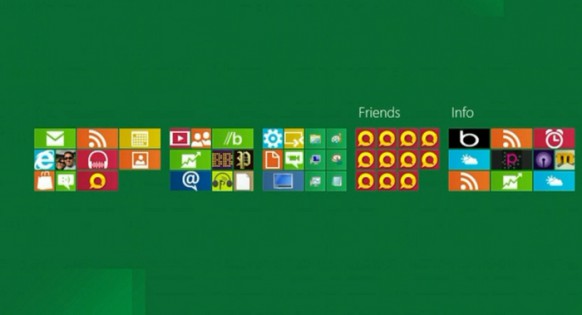 An interesting concept that Microsoft is pushing is it’s brand new start menu, also known as the home screen. In a world where the tablet is gradually becoming more and more popular, users are familiar with a simplistic interface when searching through apps and documents.

It’s a new way of launching your apps, maybe it slightly copies Lion’s launcher. They’ve taken something that is unique to their mobile platform and modified it to make it work on the desktop. If you’ve used Windows Phone 7 (which I haven’t and I have no intention to) then this interface will be second nature to you. The tile based UI will clearly display notifications and information that corresponds to a certain app. You can customize the home screen by dragging anything onto it, whether it’s a document, a metro application or a standard Windows application. The home screen has full touch support making it ideal for tablet users. As Metro apps run in full screen, the Windows 8 operating system is almost perfect for the tablet platform, so it will be interesting to see how it develops over time. 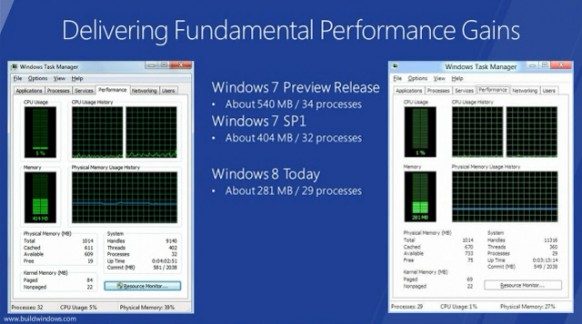 A big problem with Windows 7 was it’s performance on tablets and low-spec netbooks. It was often slow and couldn’t run many apps at once. Windows 8 sets out to fix this problem with it’s super quick boot up time, (which we talked about earlier here), new memory optimization and system restore options.

A performance upgrade is brilliant no matter what operating system you have but it’s not revolutionary or unique. 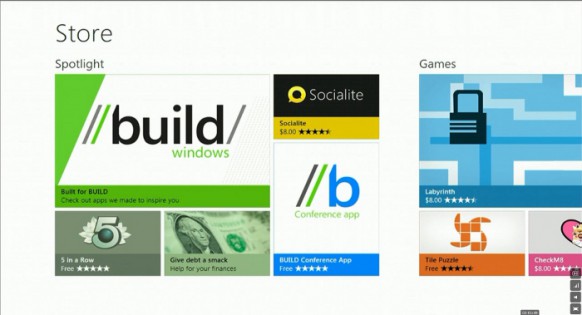 Whilst we’re on the subject of being revolutionary and unique a feature that I haven’t seen on any platform is an App Store!

In all seriousness however, the App store for Windows 8 has been designed beautifully sharing a lot of visual features such as the tiled interface with the home screen. Currently I haven’t seen how purchases are made, but if it’s anywhere near as good as Mac App Store then windows users are in for a treat! 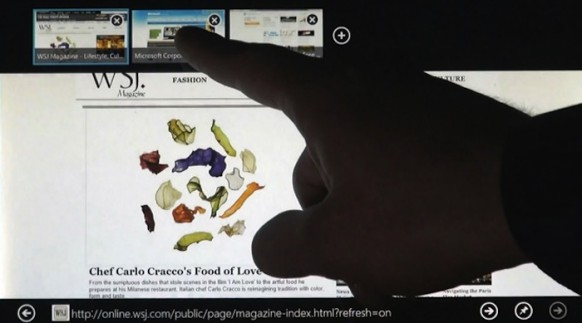 A feature that Microsoft pushed forward throughout their entire presentation was Windows 8’s full touch support. Not only does the OS support multitouch input from your fingers but it also has full pen support as well, for those who like to handwrite notes on applications such as OneNote or even MS Paint.

In the past, programs weren’t designed to look pretty, they were designed to serve a purpose in the quickest and most productive way possible. However, in this modern era of beautiful graphical user interfaces the market has completely changed.

Microsoft has updated it’s task manager majorly for the first time in 20 years, it now has a beautiful, minimalistic design for consumers which has the ability to turn into a system monitoring power station for pro users.

The control panel has also been entirely redesigned with a really simplistic, clean user interface that explains each option clearly to the user. A photo of the redesigned interface is below: 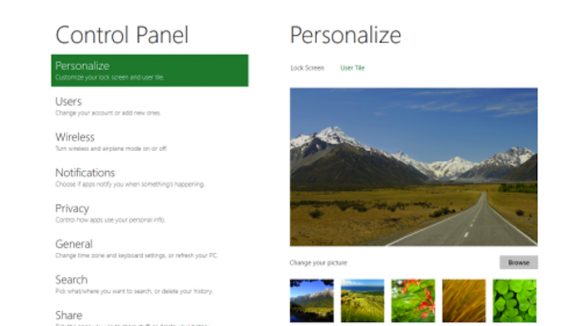 New Features inside the OS:

Obviously there a ton of small features embedded into the OS’s source code, it would take hours to go through each one and explain what it does. Little features like the new ribbon in Windows Explorer and support for multi-monitor wallpapers are going to go down well with some people and not so well with others.

To find out more about the features head over to Whitson Gordon’s post about Windows 8 which can be found here.

In conclusion, Windows 8 looks like a beautiful operating system with a lot of potential but can it stand up and defeat Apple’s incredibly stable OS? At the moment, I doubt it. However, it’s going to be interesting to see what progress Windows 8 makes from now until its release. Will it focus more on the tablet side of things, or will it improve on the desktop experience? I still think Apple’s Mac OS and it’s Mobile OS is fantastic, but it’s amazing to see a company snapping at their heels pushing them even further upwards.

What are your thoughts about Windows 8? Will you be somebody to try it out or will you be sticking to Mac OS X? Leave your responses in the comments below!