According to information published by Boingo Wireless, Airline customers are almost as likely to take an iPhone, iPod touch or iPad with them as they are to take socks, with iOS devices accounting for up to 83% of airport WiFi usage. 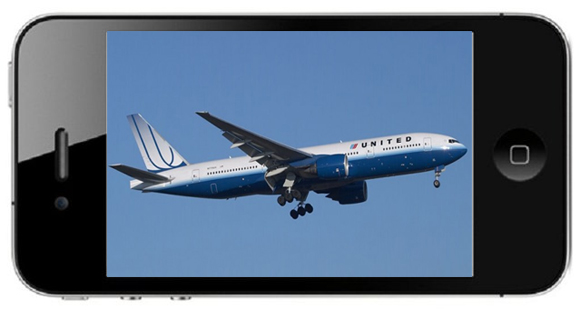 Android devices came in fourth place, behind the iPhone, iPad and iPod touch. Almost 60% of all WiFi devices connecting to airport routers during June were found to be smartphones or tablets rather than laptops. From the report:

“Since the launch of the iPhone in June 2007, we’ve seen a marked growth trend for non-laptop devices, but the exponential growth in iPhones and iPads in the last year pushed mobile devices past laptops, showcasing just how disruptive the trend is.”

The survey analyzed over 50 airports across North American and Europe, at over 400,000 total wireless hotspots.