Electronic vending machines selling any number of items are a common sight at airports, travel destinations, and some universities, but the Consumerist spotted an iPad vending machine in a place you might not expect: The men’s department at Macy’s. 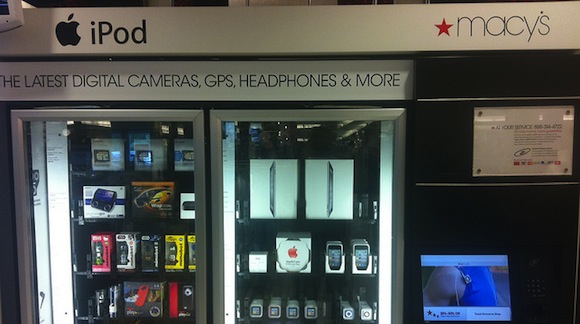 Consumerist writer Ben Popken spotted the machine, which is especially odd considering that the mall containing the Macy’s also has an Apple Store – wouldn’t you rather just buy your iPad there?

Nevertheless, I suppose if you’re trapped inside Macy’s for a number of hours while your significant other tries on every single top in the entire store, you just might be desperate enough to take advantage…or maybe not? Hat tip to TiPb for sharing.