Recent benchmark research conducted by AnandTech compared mobile processors of several competing smartphones and tablets, finding that the iPad 2 and Apple’s A5 processor are still the clear winners. 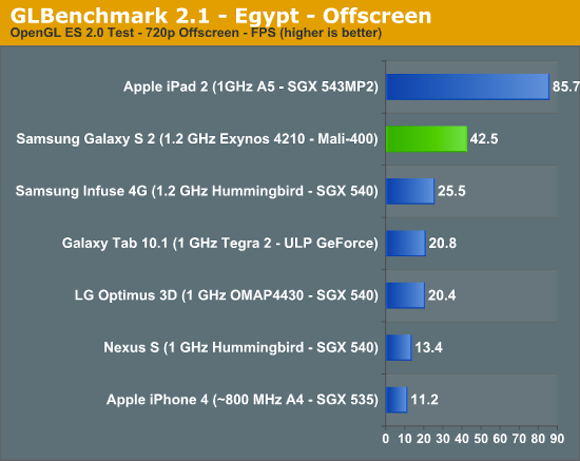 The benchmarks compares several devices, including the Samsung Galaxy 2 S, the iPad 2, the Galaxy Tab 10.1, and Apple’s own iPhone 4 in terms of graphics and processor performance. The results, pictured above, indicate that the iPad 2 offers more than double the performance than its predecessors.

The benchmark results also show that the iPhone 4 is beginning to show its age, performing to a significantly lesser degree than many competing Android handsets. Fortunately, that is soon to be remedied with Apple’s impending release of the iPhone 5.