A leaked screenshot from within Radio Shack’s internal systems reveals that the electronics retailer is about to begin selling the CDMA version of both the iPhone 4 and iPad 2 beginning on September 15th. 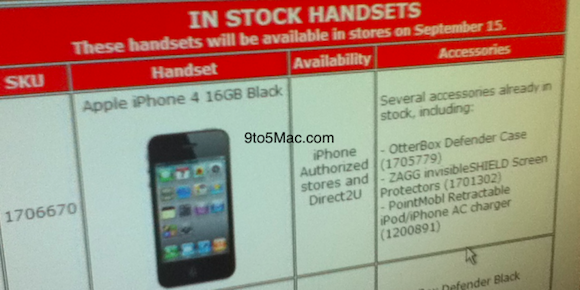 The timing of this just weeks before the expected release of the iPhone 5 is a bit suspicious, but it is unclear what meaning, if anything, can really be drawn out of this.