The legendary creators of the original Space Invaders, Taito, has announced a new iPad arcade cabinet called the InvaderCade, featuring artwork from the classic 1978 arcade hit. 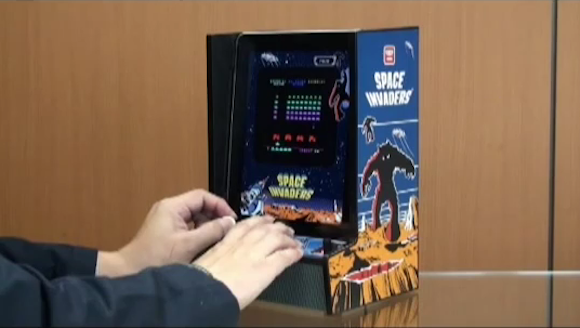 The cabinet will feature one joystick and only a single button, compared to the 8 buttons found on the iCade, and appears to be aimed solely at playing Space Invaders or other traditional 1-button games.

The InvaderCade, unlike Ion’s iCade (review), will connect through the 30-pin connector, and will charge the iPad. The cabinet also includes built-in stereo speakers, as well as a headphone jack. The InvaderCade will only be available in Japan, where it will be released in October for ¥15,800 (around $205 USD).

Taito’s website contains all the details in Japanese. In the meantime, watch the below YouTube video (also in Japanese) too see the InvaderCade in action: