Apple has released Xcode 4.3.2 on the Mac App Store. It is mainly for bug fixes, even though apparently it also brings along some new problems, as you have to manually install the command lines. So if you want to avoid having to do that, I would wait until Apple fixex the problem. 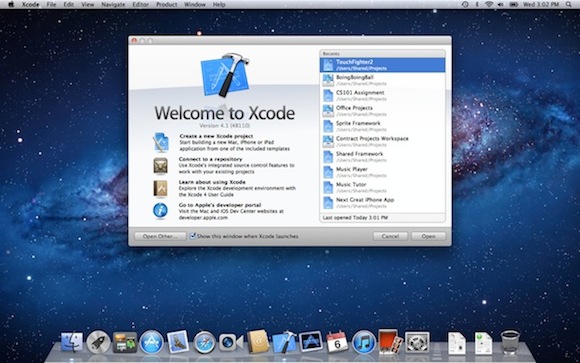 The Xcode 4.4 beta is already available via the Mountain Lion developer preview, so if you’re trying to create software for Apple’s new OS, you might want to grab that as well.