Apple CEO Tm Cook made an appearance on Wednesday at an annual retreat designed to bring together tech industry leaders. This marks the first time the usually low-profile Apple czar has attended the event. 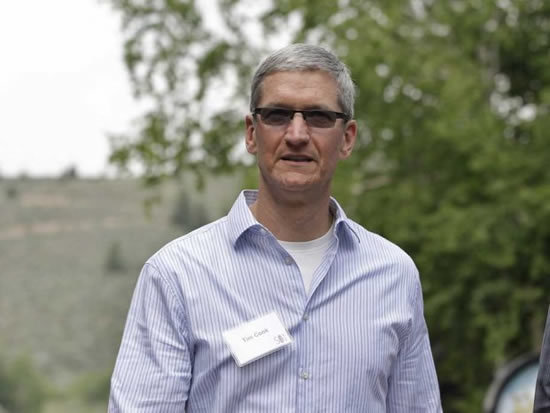 According to a report from the New York Post, Cook surprised attendees of Allen & Co.’s annual retreat in Sun Valley, Idaho to sit in on a session titled “Iran vs. Israel.” While Cook’s name was on the list it was unknown if the Apple chief would make an appearance as he has never made an appearance in the past.

Amid speculation of why Cook decided to attend this year’s event, the Post reporter asked if he was there to discuss possible entertainment deals the Apple CEO replied, “we are talking to a lot of people here.”

Late Apple CEO Steve jobs was an attendee in the past, but hadn’t attended in a number of years.

When pressed for more information, specifically if his attendance was associated with the as yet unannounced Apple HDTV, he said, “I can’t tell you that.”