Legal battles aside, the everlasting court case between Samsung and Apple has dug up some pretty interesting stuff, including dozens of iPhone and iPad prototypes, AllThingsD reports. Apple, which normally keeps its product ideas so secretive, was forced to reveal the plans, which give a fascinating insight into the design process at the Cupertino company. 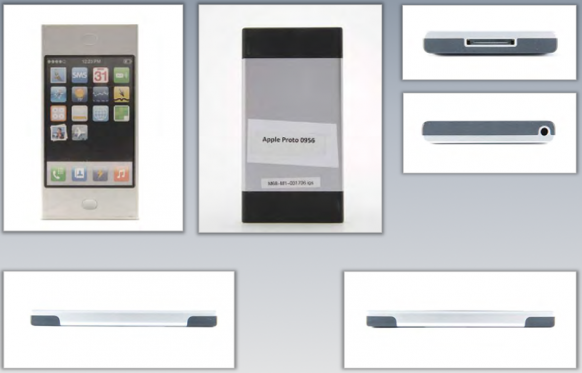 There are a hundred to look at, and it’s definitely worth checking out the full gallery in the AllThingsD article. They consist mainly of CAD drawings, as well as sketches, one can assume, presumably, by Sir Jony Ive.

Interestingly some look very similar to what the rumored iPhone 5 is meant to look like, but that may just be coincidence, as the first gen iPhone also had a bi-color backplate.

It is regrettable that Samsung now has them in its possession, but if it helps Apple move on with the case, it’s worth it.