Greenpeace has admitted today that Apple’s clean energy policies have “significantly improved,” thought the activist organization still takes issue with what they say is Apple’s reliance on coal power for iCloud services. 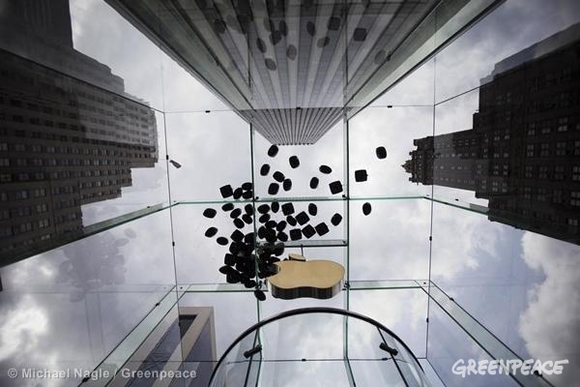 The organization made a post on its official blog to highlight the release of a new Greenpeace International analysis, which found that Apple “lacks a plan that outlines a realistic path to eliminate its reliance on coal.” The report is entitled, “A Clean Energy Road Map for Apple.”

Greenpeace decided to re-examine Apple because of what the group called “ambitious and public commitments to clean energy.”

The “Road Map,” now gives Apple a score of 22.6 percent on its “Clean Energy Index,” up from April’s 15.3 percent. Apple’s grades went from ‘F’ to ‘D’ in “Infrastructure Sitting,” and ‘D’ to ‘C’ in “Energy Efficiency & GHG Mitigation,” and “Renewables & Advocacy.” Apple’s grade of ‘D’ remained unchanged in “Energy Transparency.”

Greenpeace offers a list of steps that the organization says would “indicate if (Apple) is truly on the path to meet its ambitious goals.”:

The updated report issued by Greenpeace on Thursday was Apple-specific, and no other technology companies were mentioned or graded. The organization said it plans to re-evaluate Microsoft and Amazon later this year.