Remember those grainy photos of Apple’s earliest known iPad prototype that surfaced yesterday? BuzzFeed got ahold of some much higher quality pictures of the prototype, and made some very interesting observations – such as that it was an inch thick, and had a nearly 13-inch screen! 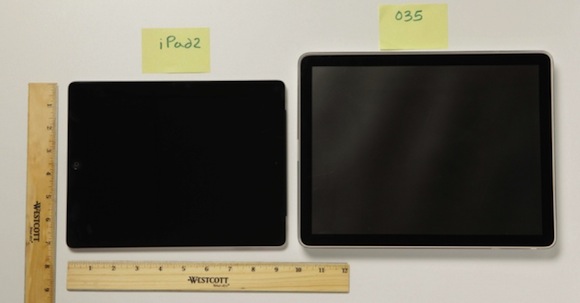 The shots also picture the prototype device next to an iPad 2 for comparison, revealing just how monstrous the prototype really is. Massive! It’s also particularly interesting how similar the prototype is to today’s iPads (minus the home button) – almost the exact same shape and design.

MacRumors notes that the design is quite similar to Apple’s iBook, which would have been available around the same time frame (2002-2004), with the same white plastic shell, rounded corners, and even the same aspect ration for the display. 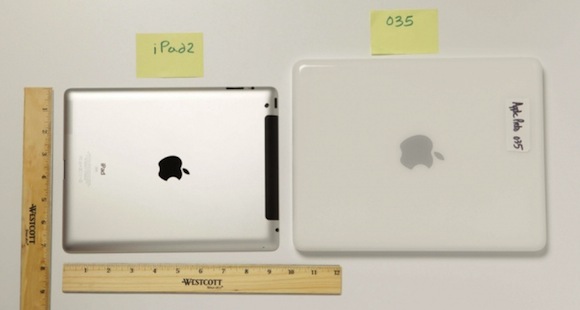 Despite the prototype being an inch thick, I can’t help but find the idea of a 13-inch iPad rather appealing – although it would serve a somewhat different market than the current 10-inch iPads…