Following the release of the new 2012 MacBook Air models, an iFixit teardown noted that Apple had altered the design of the blade SSD in the new models, making it impossible for consumers to upgrade. OWC has now announced the first SSD upgrades designed for the 2012 MacBook Airs. 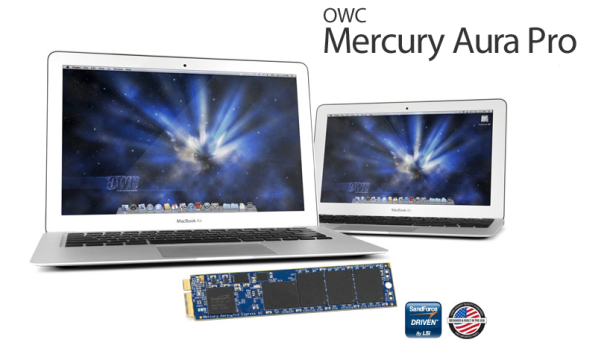 It’s unclear why Apple chose an alternate design for the SSD in the 2012 MacBook Air, or why they chose separate SSD form factors for the MacBook Air versus the new Retina MacBook Pro  (other than to force people to buy upgraded drives from them?), but it’s good to know that there’s now an option out there for consumers.

The drives can achieve speeds of up to 500MB/s, come in sizes up to 480GB, and are available now from OWC (full range of models will be available in early August). And, as expected, they only work with the 2012 MacBook Air.