Apple’s latest iPad officially launched in China this morning, although this year’s iPad launch lacked much of the fanfare and excitement seen at previous iPhone and iPad launches, which saw large crowds of eager buyers, and sometimes even violent and disruptive action by scalpers. 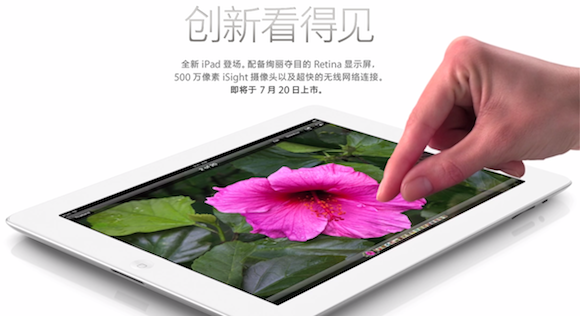 Instead, Reuters describes the launch as quiet and uneventful, as people lined up in “calm, orderly queues.” The lines themselves weren’t much to speak of either – many people were able to walk in and purchase an iPad without much waiting at all!

Much of this may be due to Apple putting a new reservation system in place to foil scalpers, leaving customers free to reserve their iPads and pick them up at their convenience. As such, it’s unlikely that the lines are due to low demand.

The U.S. launch of the latest iPad also  saw an uneventful launch with fairly short lines, but Apple reported record sales of the device on launch weekend.