The high demand for the Retina Macbook Pro meant that dispatch times were down to 3-4 weeks almost from launch, but Apple has now seemingly recovered from the early rush, with times dropping down to two to three weeks in the US. In the UK, the high end model has also been reduced to 2-3 weeks, however the low end model remains at 3-4 weeks. (US top, UK bottom) 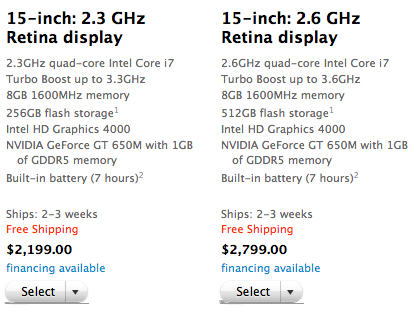 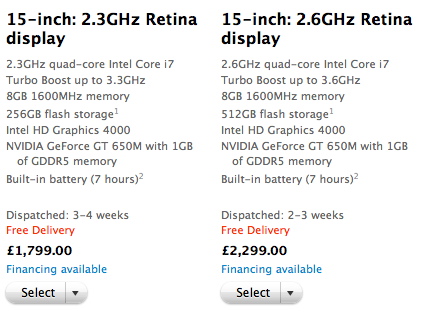 Improvements have also taken place in the Asia pacific markets, with it being only a matter of time before other places, such as the Middle East and other parts of Europe get their shipping times for the new Retina Macbook Pro dropped as well.

All this certainly shows that price is no real factor when people buy Apple’s products, and that no matter what, they will be popular.