Image editors have come a long way the past number of years from new features and tools to the user interface. Pixelmator  ($14.99, Mac App Store Link) seems to competitively set the bar. Programs such as Photoshop and Gimp have stuck out and stayed relevant in terms of competition in the sense that, Gimp being free, it has a great number of users, and thus, an advantage over other image editors. Photoshop on the other hand, being part of the Adobe suite, is more flexible because you can easily go to and from different Adobe programs, and of course the limitless number of features it has to offer. 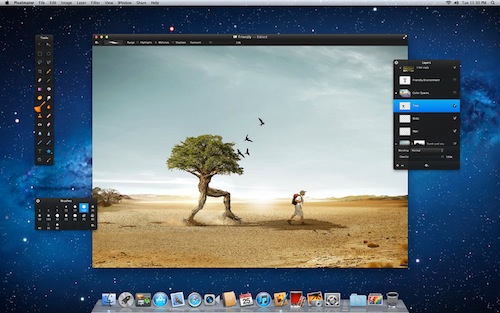 Of course there’s always room for more competition. That’s where Pixelmator comes in. First off, I wish I had discovered the program a lot sooner. It has a ton of features and it’s competitively priced. Even though I’ve been working in image editors for a long time, and I’m used to the interface and layout of everything, specifically in Photoshop, Pixelmator feels a lot easier to work in, thus it would be a good choice for new and casual users. Also, since the program is only 19 MB, it feels a lot faster too. 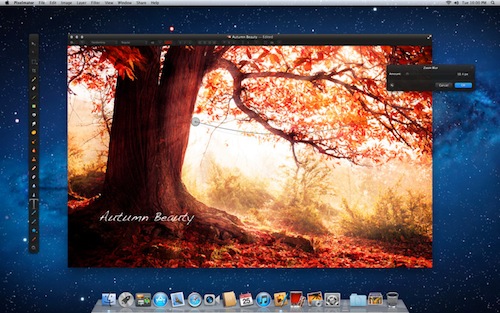 There have been some great updates to Pixelmator in the past. The newest one that should be coming sometime this month will be one of the more relevant updates. The Pixelmator team is set to release Pixelmator 2.1 codenamed Cherry, which will support the new Macbook Pro’s retina display. This is a nice update for the program, and especially an important one in the fact that other image editors have yet to support or even announce support for the retina display. Of course when editing, you want your images to be vibrant, sharp, and detailed. Pixelmator 2.1 Cherry will deliver just that. 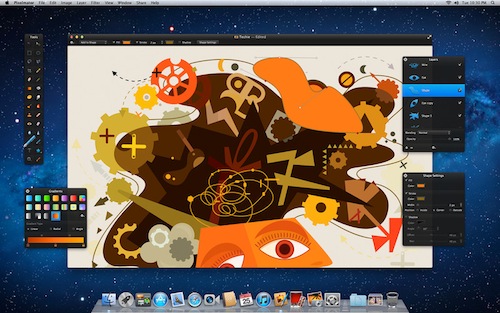 Pixelmator is a full-fledged image editor. It may not seem that way because the application is so light from both a visual and a memory standpoint. With everything it has to offer, such as healing brush, red eye removal, and color balance and the addition of vector tools in version 2.0, Pixelmator also offers a lot of small features you don’t see in other images editors such as large colored icons in the selection of tools and pop-ups to show when you undo something, and a great brush palette that goes above and beyond what other editors offer.

Pixelmator shows all the brushes within the palette at the same time and the brush which is currently selected. Furthermore, you can show the brush details from the setting menu and adjust the brushes more from there. 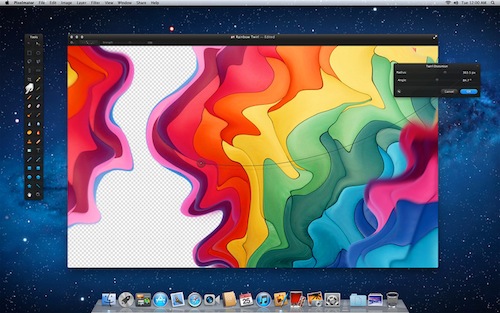 As far as vectors go in Pixelmator, they aren’t similar to those in Photoshop. If you’re creating vectors in Photoshop, they’re used in masks for adjustments or fills, whereas vectors in Pixelmator are used as they are in Adobe Illustrator. You have the ability to create shapes and add stokes to those vectors and change the color of the fill or the stoke.

Another thing I found very useful in Pixelmator is the ability to import Photoshop documents and save documents as a PSD. The ability to jump between image editors makes workflow very flexible. 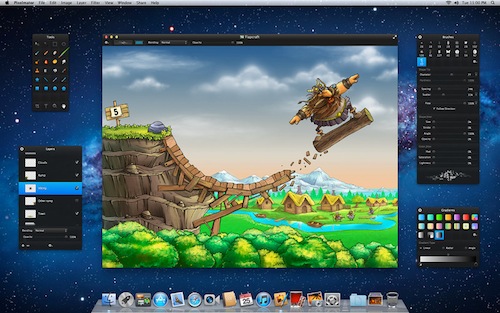 There are some minor things within Pixelmator which I think should be included, but I don’t think you can compare it to the amount of tools, adjustment layers or editable preferences which are already in the program. Another thing is that palettes, such as the brush palettes don’t snap together, so if you have a lot open at a time, the work area can get crowded. If you’re new to graphic design or image editing, Pixelmator is a great application to start working and learning in.

It’s an easy to use program with some great features. It’s a great application for everyday projects such as basic image editing, and some photo manipulation, but for more heavy duty tasks, I would personally stick to Photoshop just because it has an endless amount of features and tools, plus the added flexibility to jump between Adobe programs.

If you’re looking for something in an a lower price range as well as OSX Lion preferences that work great with Pixelmator such as full screen mode, autosave, and versions; you can’t go wrong at all. Team Pixelmator hit it right on with their Mac exclusive image editor.