Rovio, the Finnish group responsible for developing the Angry Birds franchise, might just have a unique new follow-up planned for their popular series. This time, however, the game will have an interesting twist: It will be from the pigs’ point of view! 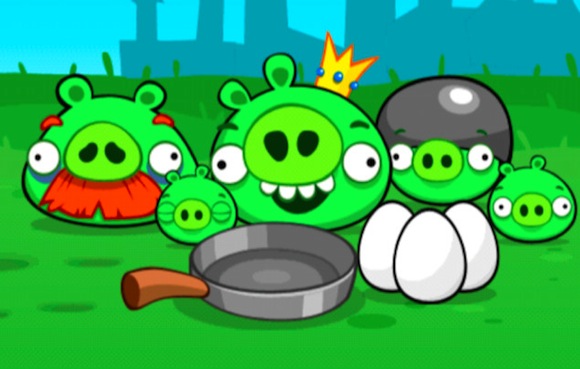 Angry Birds makers Rovio is set to release a new game later this year that will see you play from the perspective of the pigs, rather than the Angry Birds, Pocket-lint has learnt.

The idea of the new game will see you trying to protect the eggs you’ve grabbed from the birds, but still feature a catapult and the now famous wooden and stone structures.

According to the report, the game will center on the idea of the pigs attempting to protect the stolen eggs from the birds, and will still feature a catapult and the theme of forcefully knocking down structures. The game will also feature a variety of pigs, each with their own unique abilities.

The site doesn’t provide any images or evidence to back up their claims, but they claim to have been shown images of the app in action. Considering the success of the Angry Birds franchise, I wouldn’t be surprised if this were true.

It’s important to remember that this is just a rumor. That being said, I’d buy it! How about you?