Depending on how you see it, three is either a lucky or unlucky number. However as Forbes points out, it’s a number that Steve Jobs was hugely fond of, incorporating it into many of his keynotes and presentations. 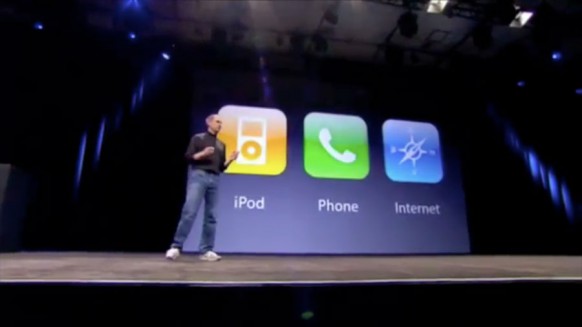 At least in the US, Thomas Jefferson was the pioneer in presenting ideas in three sections: life, liberty, and the pursuit of happiness. In France, soon afterwards, ‘liberté, egalité, fraternité’ became the motto after the French revolution and still is to this day.

The rule of three has been incredibly influential, and examples of Steve Jobs using it are abundant: the iPhone was presented as Apple’s third revolutionary device after the iPod and the Mac, while the iPad was introduced in three models and as the third device between PC and phone. That’s a lot of threes!

Even Jobs’ striking address at Stanford on life and death started with ‘three stories from my life’, while the iPad 2 was also presented as being ‘thinner, lighter, faster’.

Having said that, there have been some other numbers at the centre of Apple’s history. Four, for example, is significant due to Jobs’ affinity with the Cube (G4 Cube and 1984 spring to mind) and his original strategy when he came back to Apple with the matrix or products with consumer/pro and desktop/portable.

Having specific numbers at the core of your business is certainly a great way to sell and organize things, so if you’re looking for inspiration, it could be a good place to start!