Although weekend negotiations between lawyers for Apple and Samsung to narrow claims in the Apple vs. Samsung case failed, Apple CEO Tim Cook will talk with Samsung CEO Kwon Oh Hyun one last time in a last ditch effort to settle, or at least narrow their differences before the case goes to the jury later this week. 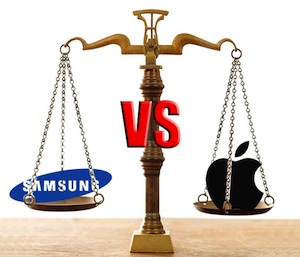 The companies’ lawyers will report to U.S. District Judge Lucy Koh in federal court in San Jose, California, on the outcome of today’s telephone discussion between Apple’s Tim Cook and Samsung’s Kwon Oh Hyun, according to the person, who asked not to be identified because the talks are private.

Koh had requested that the CEOs sit down for a talk, and had said she was “pathologically optimistic” that they could settle their dispute over patents for smartphones and tablet computers.

There had been several meetings of senior executives from both sides in the time leading up to the trial, but no agreement was ever reached. However, Samsung is now operating under new CEO Kwon, who rose to the position in June of this year as part of Samsung’s executive reshuffling.